On Thursday, May 11th, we proudly hosted our Medalist Dinner at the Princeton Club. At the sold out event, we honored Ernest Logan, President of Council of Supervisors and Administrators for his many years of wonderful service. 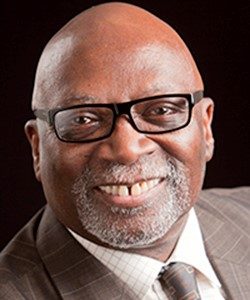 Four-term CSA President Ernest Logan has worked as a New York City public school teacher, principal, and administrator over the course of his more than forty-year career as an educator. He was elected CSA’s 13th President in Nov. 2006 and re-elected in 2009, 2012, and 2016.

The 11th of 13 children, Mr. Logan was born in Harlem, and raised in East New York. His father, a college graduate and trained mechanical engineer, died when Mr. Logan was eight. Yet the elder Mr. Logan and his wife ingrained a love of education and an understanding of the importance of family, faith, and a college degree in their heirs, values President Logan’s mother kept alive as she raised her children in Brooklyn’s often raucous Pink Houses housing projects and which President Logan holds to this day.

Mr. Logan graduated from Franklin K. Lane High School in 1969 and SUNY Cortland in 1973. He went on to receive his master’s degree in Education from City University of New York’s Baruch College. Soon after graduating from SUNY Cortland, Mr. Logan was hired as an English teacher at P.S. 224, Dist-19, in Brooklyn. Five years later he was promoted to Curriculum Writer for the Office of Curriculum and Development. In 1983, Mr. Logan was named Assistant Principal at JHS 263, Dist-23, Brooklyn, and in 1991, was appointed Principal of I.S. 55, also Dist-23.

As Principal, he represented his CSA colleagues as the District 23 Chair from 1993 until the fall of 1997 when he became CSA’s Director of Community School Districts and worked in the field enforcing the contract and protecting his colleagues’ legal rights. In March 2000, the Executive Board chose Mr. Logan as First Vice President to fill a vacancy created when Donald Singer, then-President of CSA, moved to work full-time at the American Federation of School Administrators, (AFSA), the national union. A few months later, running with Jill Levy, he was elected Executive Vice President, a position he retained through the 2003 election. When Ms. Levy became President of AFSA in 2006, Mr. Logan won the presidency of CSA. Mr. Logan is the new Executive VP of AFSA and serves on its General Executive Board.

As CSA President, he secured a contract in late 2014 for his Department of Education members that provided substantial salary increases and numerous reforms including a career ladder for the union’s 760 Education Administrators, something the union had sought for years. The contract provides retroactive pay for all new members of CSA, who stood to lose thousands of dollars when they came to CSA from the UFT. The new contract also includes reduced teacher observations, the halting of AP rotations, a return to geographically-based supervisors, earlier APPR decisions and pay differentials to Principals and APs in hard-to-staff schools. These benefits were achieved after difficult negotiations with the City and with Mr. Logan’s strong and steady leadership.

Mr. Logan believes in high standards and accountability from his members. He has forged relationships with city and state officials, understands the importance of “bridge building” in order to secure legislation, funding, resources and policies that enable CSA members to perform their professional duties.

In addition to his responsibilities at CSA, Mr. Logan is a board member for New Visions for Public Schools, the NY Research Alliance and is a member of the advisory board of the NYC Independent Budget Office. He also sits on the SUNY Cortland Foundation Board. Mr. Logan belongs to numerous organizations including St. John’s University’s Phi Delta Kappa chapter, the NY Alliance of Black School Educators, the National Association of Secondary School Principals, the NY Academy of Public Education, 100 Black Men, and is a life member of the Association of Black Educators of NY.

He has served on the board of the Brownsville Community Development Corporation and is a deacon and trustee of the Mount Calvary Baptist Church in Harlem.

He has received numerous awards from labor and education groups, most recently from Labor Press as a Labor Leader of the Year, and from Education Update as a 2015 Distinguished Leader in Education. Mr. Logan and his wife, Beatrice, a retired high school guidance counselor, have established the Ernest A. Logan Scholarship at SUNY Cortland, which provides tuition assistance for NYC public school students. 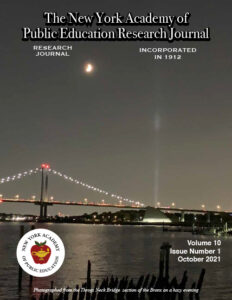