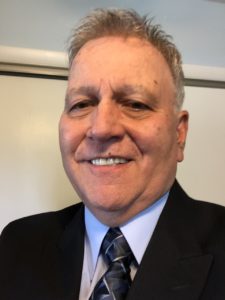 The New York Academy of Public Education for more than one hundred years has been a credible and prestigious educational organization. In previous articles, I have written about the Academy’s history from its inception noting clearly that the viability of any organization is the result of those who create and maintain its long-lasting existence. Of the many illustrious members of our Academy these past many years, I am acknowledging today a man who has been a long-standing member.

John L. Mancini Jr., Academy member since 1982, served on numerous committees and as our Executive Director. As Director of Public Relations and the Academy’s web site, John has provided an informative technological means of communication to the public at large.

John L. Mancini Jr. began as a teacher in South Jamaica, Queens and became an Assistant Principal at the same school. John was appointed as Principal of Seth Low Intermediate School in Brooklyn which had waned in popularity and had lost many students to gifted magnet programs before he arrived. Working with his new faculty and staff, a special program for gifted students entitled “Masters”-Math Arts and Sciences To Encourage Regents Scholarship, was developed. In a few short years, the population of the school increased by almost 40% attracting many students from three neighboring districts. Seth Low IS was named as a Blue Ribbon School of Excellence. A few years later John became New York’s Principal of The Year. He was honored in The Rose Garden by President Ronald Reagan. He and his staff subsequently hosted visits from Secretary of Education and The First Lady of The United States.

John and his wife Linda feel blessed to have two happily married children, daughter Valerie and son John. “Grandpa John” treasures his many hours with his grandchildren.

John Mancini Jr. is a model of professional excellence who shares his personal experience and wealth of knowledge, and continues to provide our Academy with the richness of his life and career.

The Academy in History